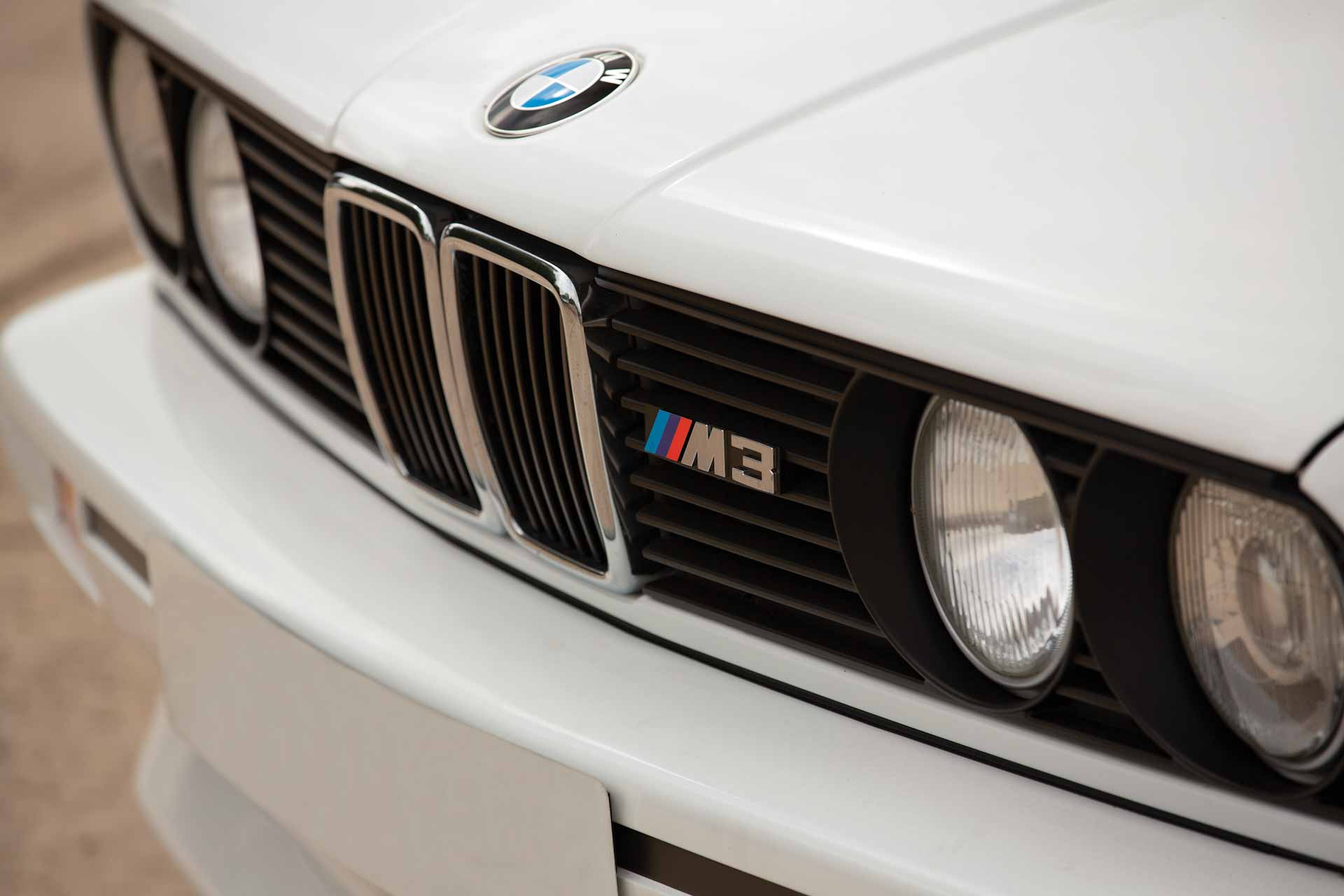 A rare Alpine White BMW M3, with fewer than 55,000 miles, has sold at auction for over £57,000. The car, first registered in March 1992, comes with electric windows, sunroof, and to UK specification.

In the last 12 years the car has travelled fewer than 1,000 miles. During that period, the car has undergone significant recommissioning at Dick Lovett BMW in Swindon, with many perishable items replaced, whilst also benefiting from a respray.

Full production of the M3 commenced in 1986 at the BMW factory in Munich, bringing the ‘M’ badge to a wide audience. While it may have looked at first glance like a standard 3-Series coupe with a body kit and boxed wheel arches, it was more race car than road car underneath. At the time, BMW chairman Peter Flohr described the M3 as ‘a sports car within the financial reach of private racing drivers and with sophisticated but straightforward and unproblematic technical features’.