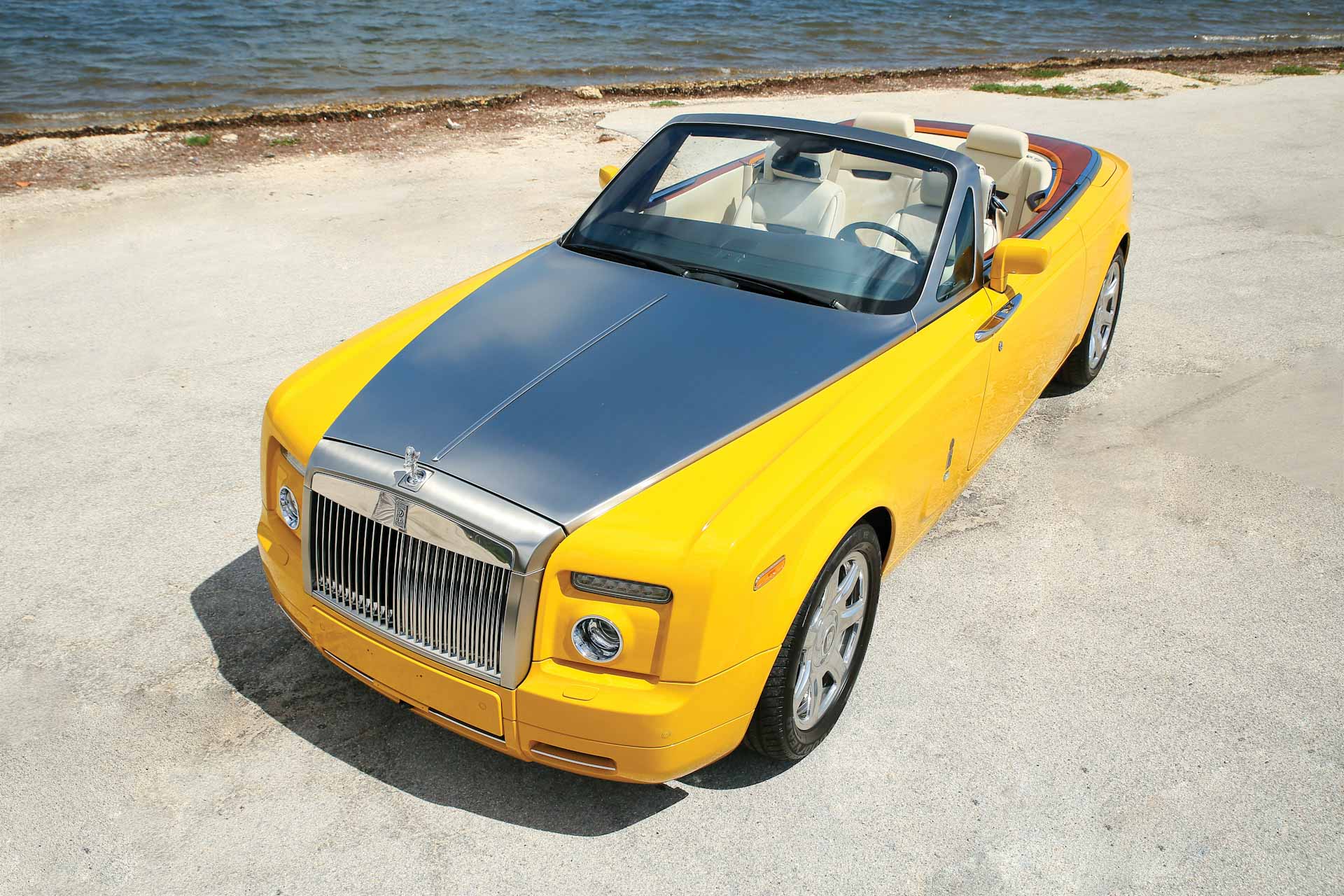 A fully bespoke 2008 Rolls Royce Phantom Drophead Coupe ‘Bijan’, with fewer than 9,500 miles, is going under the hammer with RM Sothebys in their Fort Lauderdale auction.

The car was built personally for fashion designer Bijan Pakzad who worked directly with the Rolls-Royce factory to create this fully bespoke Phantom Drophead.

Bijan created its one-off color of ‘Bijan Yellow’ and chose a dark brown top to match the House of Bijan colors that he became famous for. Other special features include white gauges, the House of Bijan crest on the front fenders, and stainless-steel hood.

One of the most photographed cars in the world, the Phantom was a regular sight parked in front of House of Bijan on Rodeo Drive. The car is expected to fetch between $225,000 to $325,000 at auction.