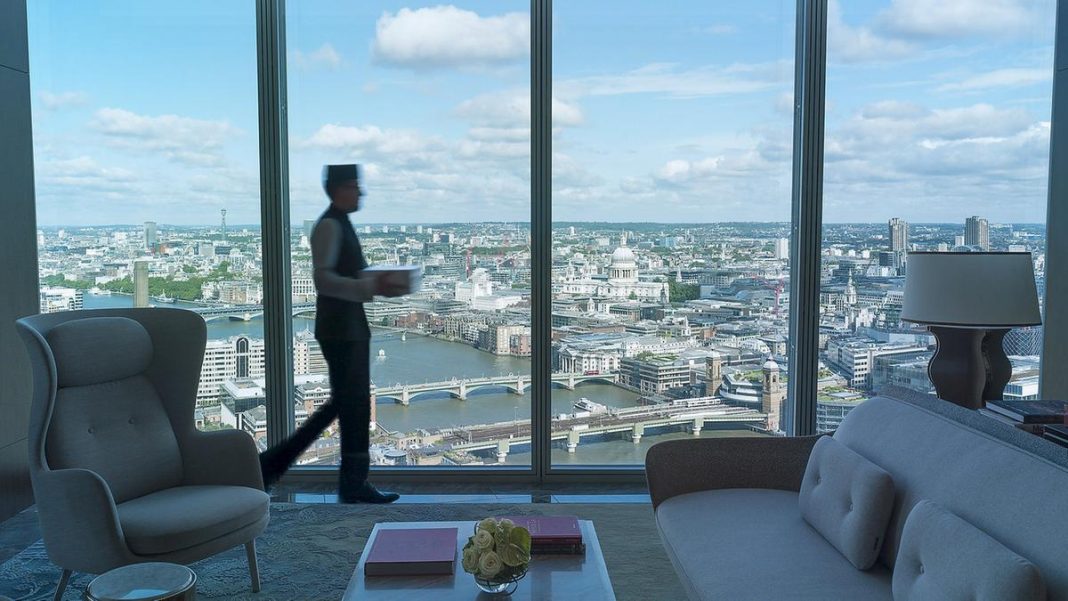 London boasts 30 million visitors a year from all over the world who flock to the capital’s many historic and tourist sites. Buckingham Palace, The Tower of London, Big Ben and The London Eye are just some of the many attractions on offer. But as well as great sites, London also boasts some of the best luxury hotels in the world. Discover the Top 10 luxury hotels in London.

The world-famous Savoy opened in 1889 and is the only luxury hotel on the River Thames, located in heart of London. The ballet, opera and theatre of Covent Garden are just steps away, with world-renowned museums and galleries, and the designer shopping of Knightsbridge and Mayfair within easy reach.

Across the Thames from The Savoy is an inspiring London arts quarter stretching from the Southbank Centre to the nearby Royal National Theatre, National Film Theatre, Tate Modern, Shakespeare’s Globe and the popular London Eye.

The hotel’s 195 guest rooms and 73 suites are decorated in either Edwardian or Art Deco style, with many rooms enjoying beautiful views over the River Thames. The hotel also boasts some of London’s best-known restaurants including ‘Gordon Ramsay’s Savoy Grill’.

Opened in 1931, The Dorchester, London has become one of the world’s most iconic hotels. Located in the centre of London, nestled between Royal Hyde Park and the historic streets of Mayfair, the hotel offers amazing views of Hyde Park whilst Mayfair and Bond Street are close at hand.

The hotel’s boutique bedrooms all have scenic views over Hyde Park or the hotel’s landscaped terraces. You can also find some of London’s finest restaurants are located under one roof, including ‘Alain Ducasse at The Dorchester’ with three Michelin stars.

Located in Mayfair, The Ritz opened its doors in 1906 and was considered one of the greatest hotels in the world. In January 2002, The Ritz received a Royal Warrant for Banqueting and Catering Services; the first, and only hotel to have been honoured with this award.

Located in one of the most desirable areas of London, in the world-renowned West End, The Langham is truly a London icon. With 380 fully refurbished and elegantly appointed rooms and suites it makes the perfect base to explore the shopping in Regent Street, Bond Street, and Oxford Street, as well as London’s cultural attractions.

In the heart of Mayfair, Claridge’s has become a byword for timeless elegance and impeccable service since 1856. Basil Ionides, art deco pionee, redesigned the restaurant and several of the suites during the 1920s and 30s and his magnificent glass screens still shimmer in the Foyer & Reading Room.

Hyde Park, London’s most famous green space, is less than a 10-minute walk away and the bustling shops of Oxford Street and Bond Street only a short 3 minute walk. Each room boasts a luxury marble bathroom with peaceful views of the hotel courtyard; a perfect way to relax after a long day of sightseeing.

Shangri-La at the Shard

Stay in the capital’s highest hotel, in one of the world’s most iconic buildings, the Shard, whilst enjoying panoramic skyline views that connect you to the whole city. The hotel is located on the 34th to 52nd floors and is Shangri-La’s first property in the UK.

On level 52 you can marvel at the sparkling city views as the evening sky gently shifts colour at the highest infinity Sky Pool in London. Experience the highest hotel bar in Europe with three distinct areas: the cocktail bar, the Champagne bar and the Sky Pool.

Settled in the heart of Mayfair, The Connaught is a combination of elegance and world-famous service, combined with fine art, Michelin-starred dining, atmospheric Mayfair bars and every creature comfort you could possibly wish for.

From original artworks on the walls to traditional craftsmanship, the hotel’s bedrooms are beautiful and unique, each having a king-size bed, mood lighting and marble bathrooms with a plasma TV and walk-in shower.

Located in Knightsbridge on the edge of Hyde Park, Bvlgari Hotel London is both a haven of calm in the centre of the city and yet under a minute’s walk from such landmarks as the famous Harrods department store.

Opened in 2012, Bvlgari has set new standards among the luxury hotels of London. The legendary Bulgari service begins even before guests arrive at the hotel with meet and greet airport arrival, limousine service, and valet parking.

London’s first hotel, Brown’s opened its doors in 1837 and has welcomed royalty and writers, Pulitzer Prize and Oscar winners, musicians and scientists, explorers and politicians. It was also the site of the first telephone call in London made by its inventor, Alexander Graham Bell.

The hotel has 115 Olga Polizzi-designed bedrooms and 33 sumptuous London suites. The suites are generous and elegant, with muted colours, period features and beautifully appointed marble bathrooms.

We end our list with the Mandarin Oriental Hyde Park which exudes an mix of elegance and luxury. Having recently completed a multi-million pound renovation, it offers a fashionable and timeless base, complete with world-famous restaurants and a stunning spa in the heart of the capital.

Each bedroom has its own unique layout with a bespoke leather-topped desk and custom-made Onyx chandeliers and volakas marble bathrooms. 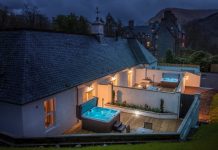 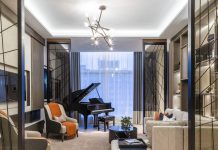